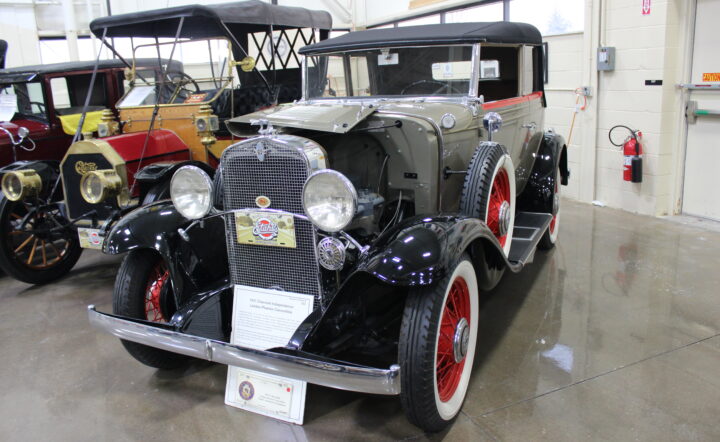 The 1931 Chevrolets were called the Independence models and were built on the same chassis and powered by the same six cylinder overhead valve engines that were introduced in 1929. This engine was built in response to Ford Motor Company’s success with their new Model A introduced in 1928. This new engine would be used with minor modifications until the late 1950s in Chevrolet passenger cars and trucks. Twelve body styles were offered in 1931 and the bodies were built by Fisher Body. The 1931 models featured headlamps mounted on a dramatically curved cross bar, a higher and larger radiator, and a redesigned hood with opening louver doors. Wire wheels were now standard equipment.